Asensio, Mariano, Odegaard and more: The 10 Madrid youngsters to watch during transfer ban

Posted by The Uchaguzi on September 9, 2016 0 Comments

After FIFA confirmed Thursday that Real’s two-window embargo will be upheld, Goal looks at the young talents that could feature for Los Blancos

It’s official: Real Madrid can’t register any new players until 2018. FIFA confirmed the two-window ban for Los Blancos and Atletico on Thursday, meaning coach Zinedine Zidane will have to stick with what he has for the next 16 months.

In that period, Madrid will be able to bring in new signings, but those would be ineligible to appear for the club in an official capacity until Jan. 2018 – a similar situation to the one experienced by Arda Turan and Aleix Vidal during Barcelona’s ban in 2015.

The sanction for Madrid and Atleti is identical to the one received by the Catalan club for irregularities in the recruitment of young players. But while Real cannot field new signings until 2018, they club can call upon talents from their youth team and also bring back players who are out on loan. 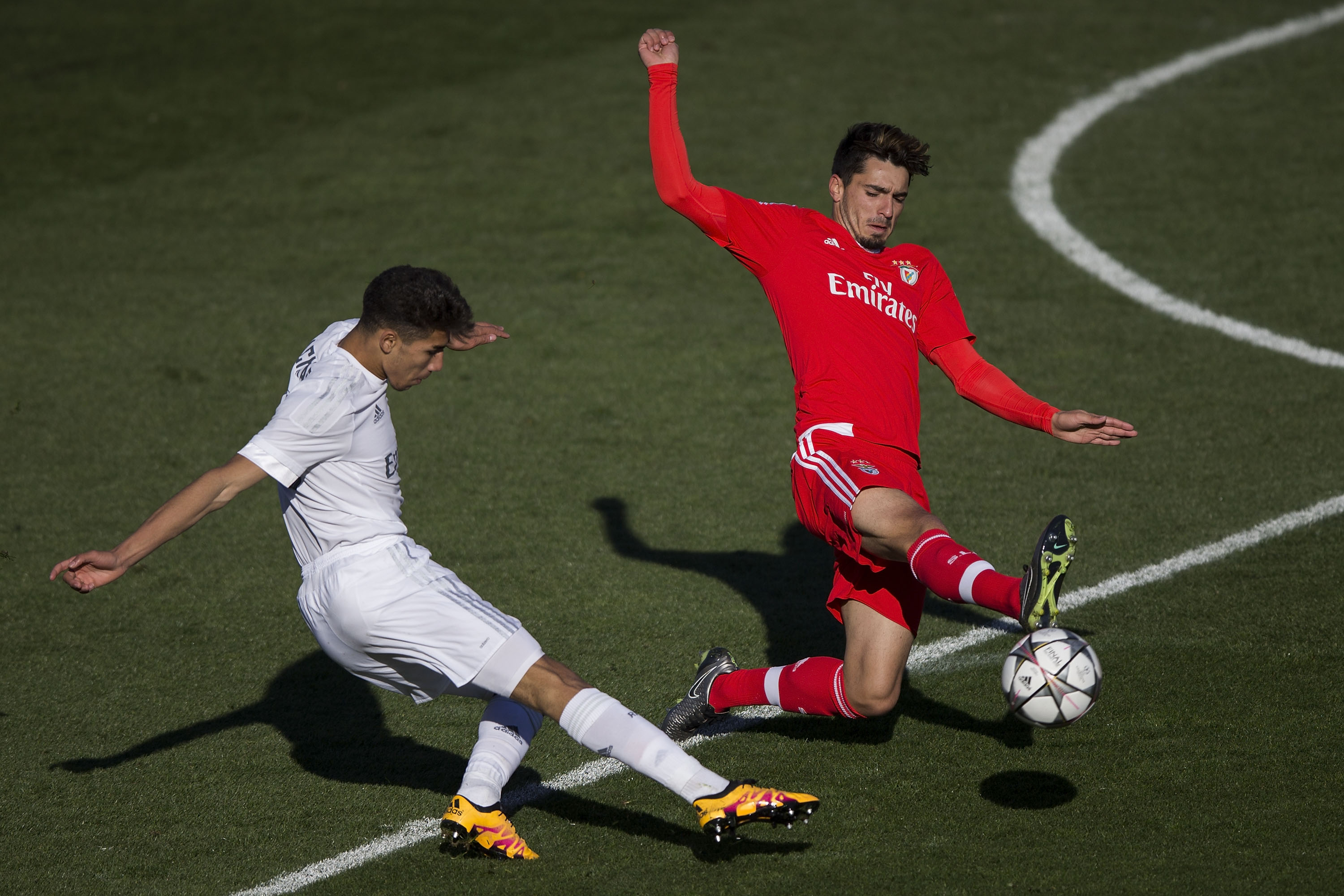 Still only 17, the Moroccan right back is a great talent who loves to get forward and is capable of playing on both sides of the defense. Achraf is highly regarded by Madrid, where he has progressed through all of the youth ranks over the past 10 years, and he has already represented his country.

The fullback is 18 in November and after featuring in a friendly against Paris Saint-Germain with the first team in the summer, he could go on to make his competitive debut in the coming months. 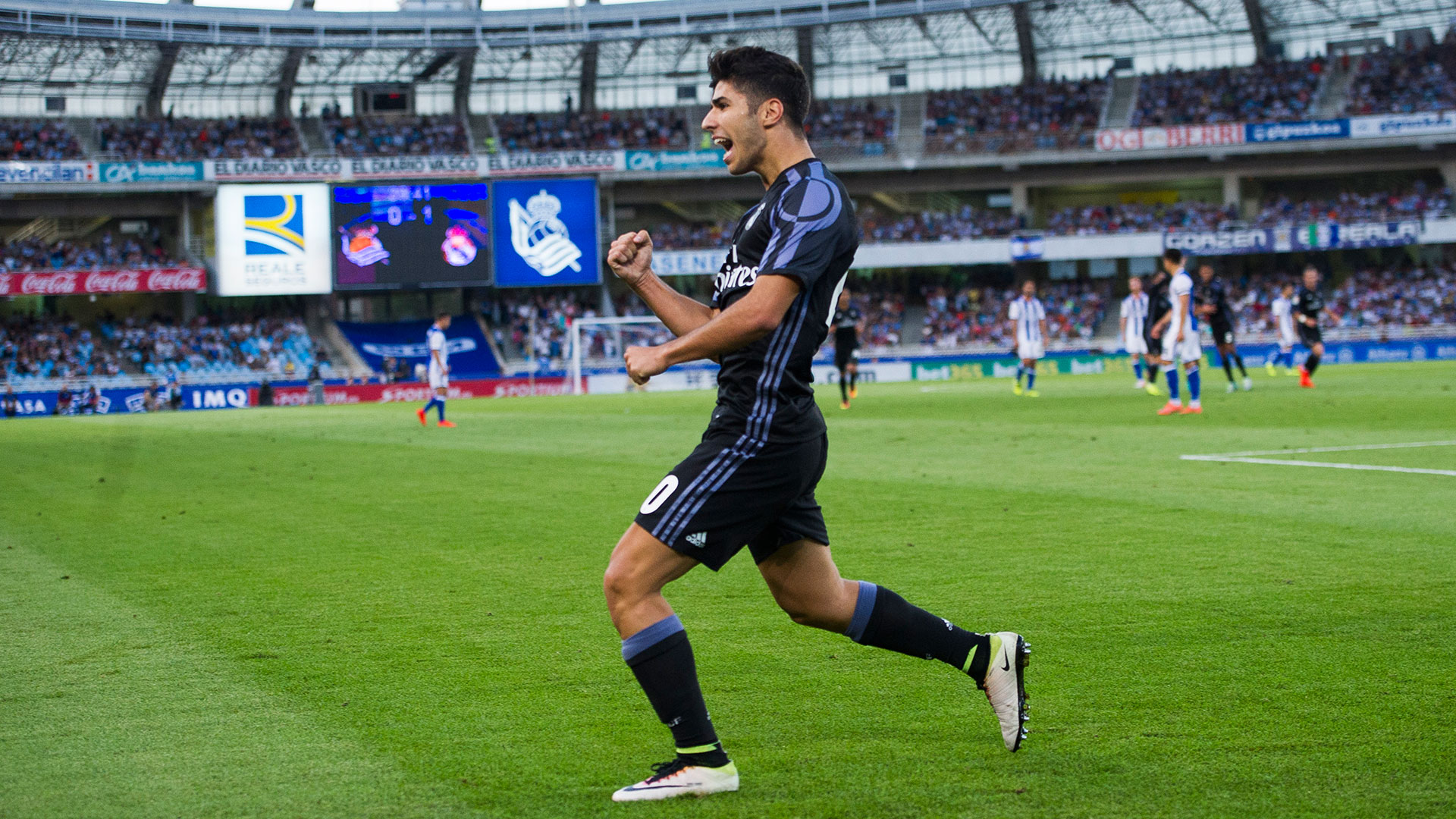 Marco Asensio already has made his mark on the first team at Real Madrid after spending last season on loan at Espanyol.

The 20-year-old midfielder was signed from Mallorca in 2014, but made his debut for Madrid just recently in spectacular style by netting a stunning strike against Sevilla in the UEFA Super Cup last month. The Mallorca-born midfielder was kept at the club with the ban in mind and is the first youngster to benefit from the sanction. He also made his debut for Spain earlier in the week against Liechtenstein. 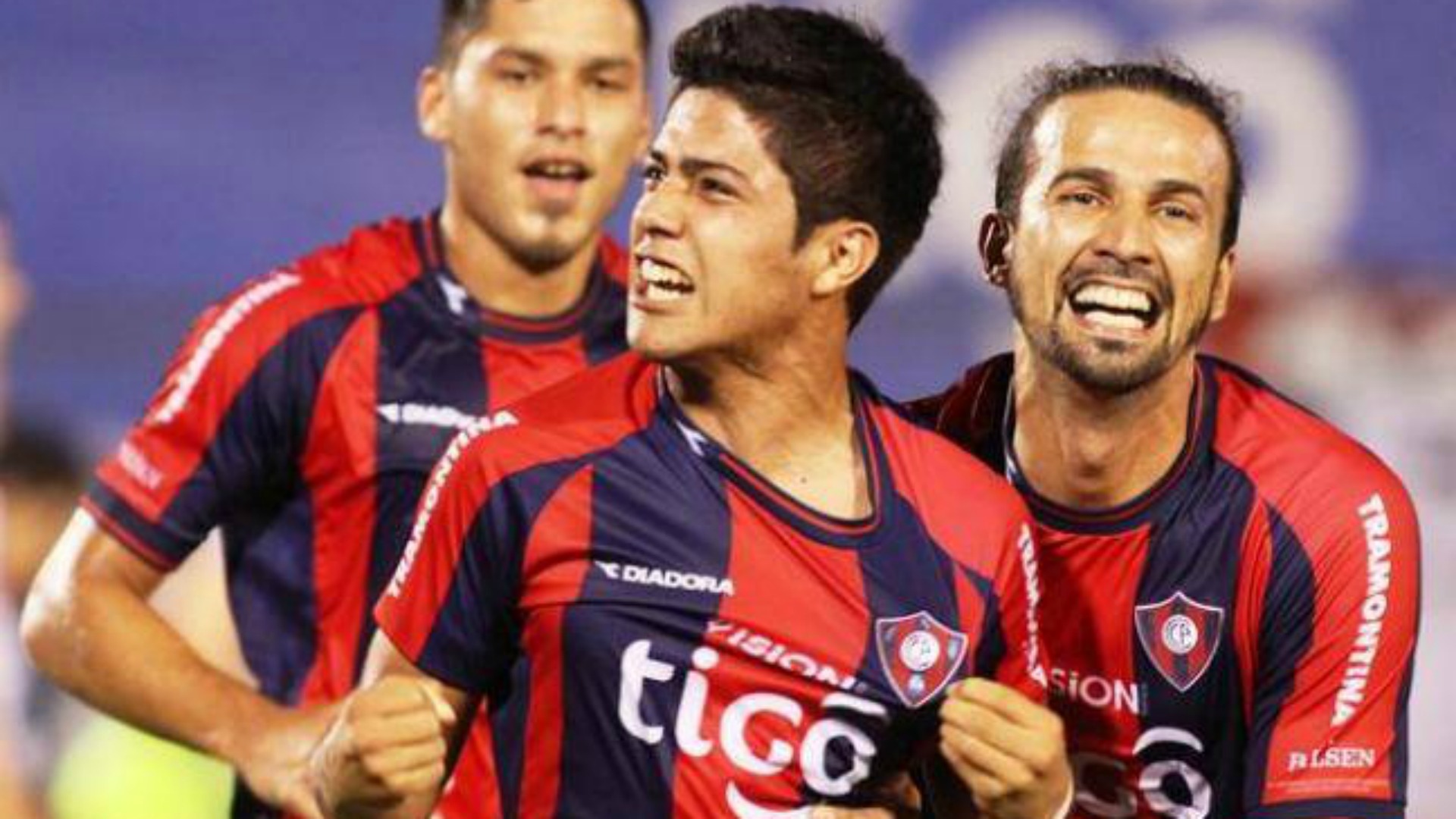 Signed from Cerro Porteno in the summer for Madrid’s B team, Castilla, Sergio Diaz is only the second Paraguayan (after Javier Acuna) to represent Real.

Acuna never turned out for the first team at the Santiago Bernabeu, but Diaz is considered a top talent and the 18-year-old will hope to earn an opportunity with the senior side by banging in the goals for the club’s second string over the next couple of seasons. 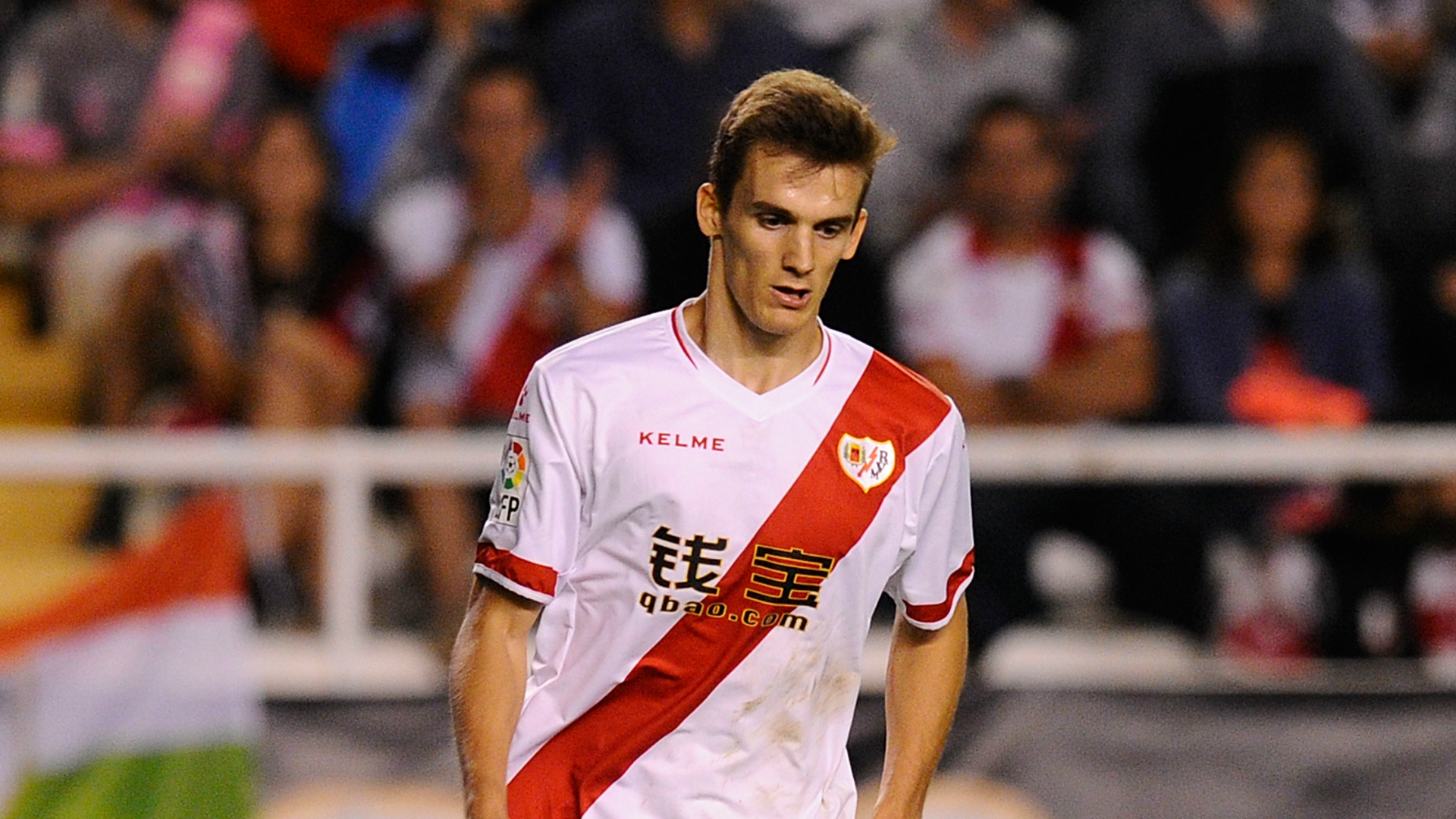 Diego Llorente is a tall, versatile, fast and solid center back who is currently on loan at Malaga but could be useful for Real if defensive reinforcements are needed in the 2016-17 season.

The 23-year-old spent last season at Rayo Vallecano and has been given another opportunity to impress this season in La Liga with the Andalusian side. Already a Spanish international after making his debut against Switzerland in May, Llorente worked with Zidane at Castilla and may have a part to play in future. 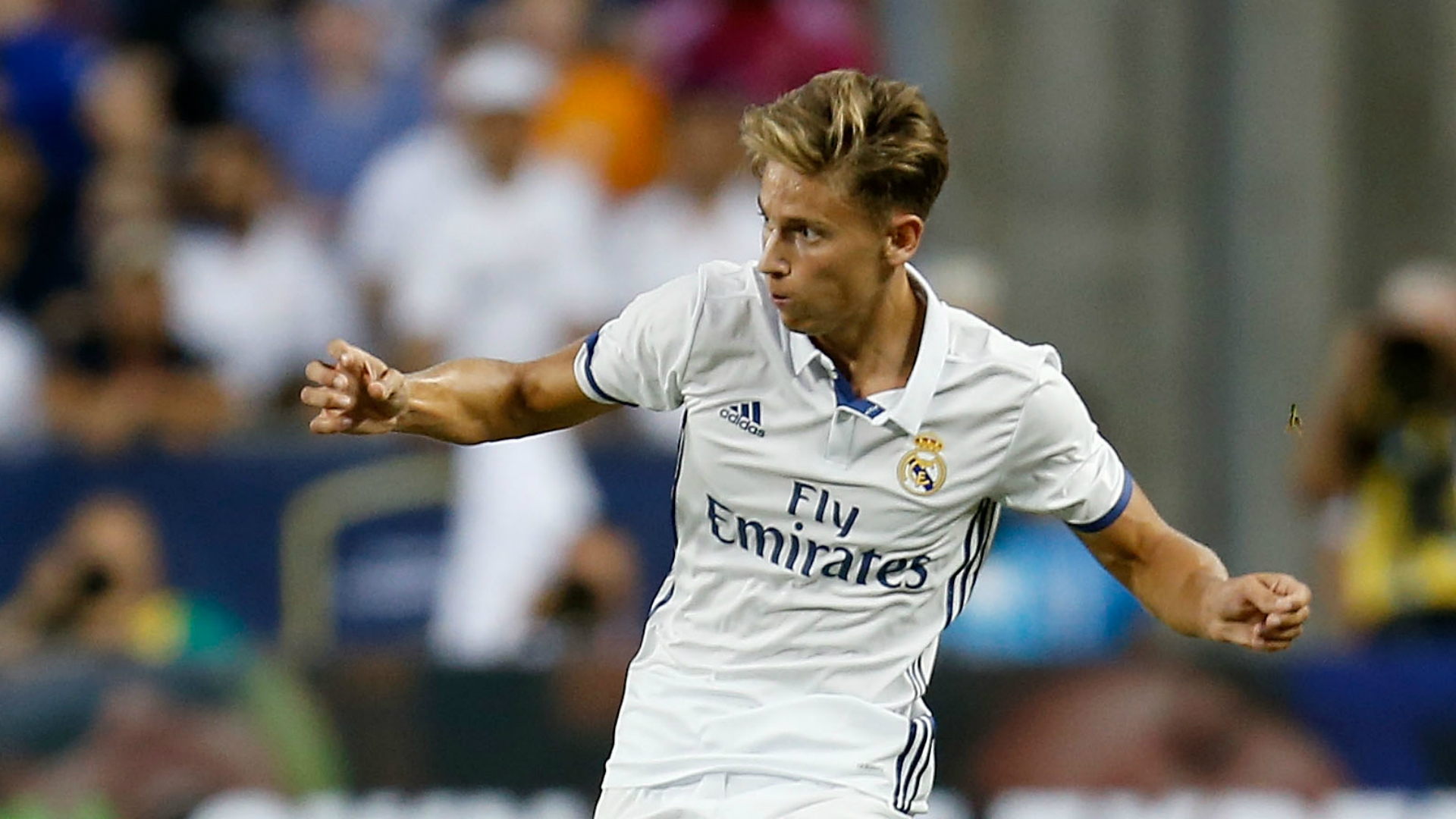 Another Llorente, Marcos, is considered a real talent by Real Madrid and many expected him to stay at the club this season to provide cover for Casemiro. A defensive midfielder with solid technical skills, Marcos made his debut for Los Blancos against Levante last October, but was sent on loan to Alaves for the current campaign.

The 21-year-old, who was brought into Real’s B team by Zidane himself, is a player who could prove useful next season given that there is no real replacement for Casemiro in the first-team squad. 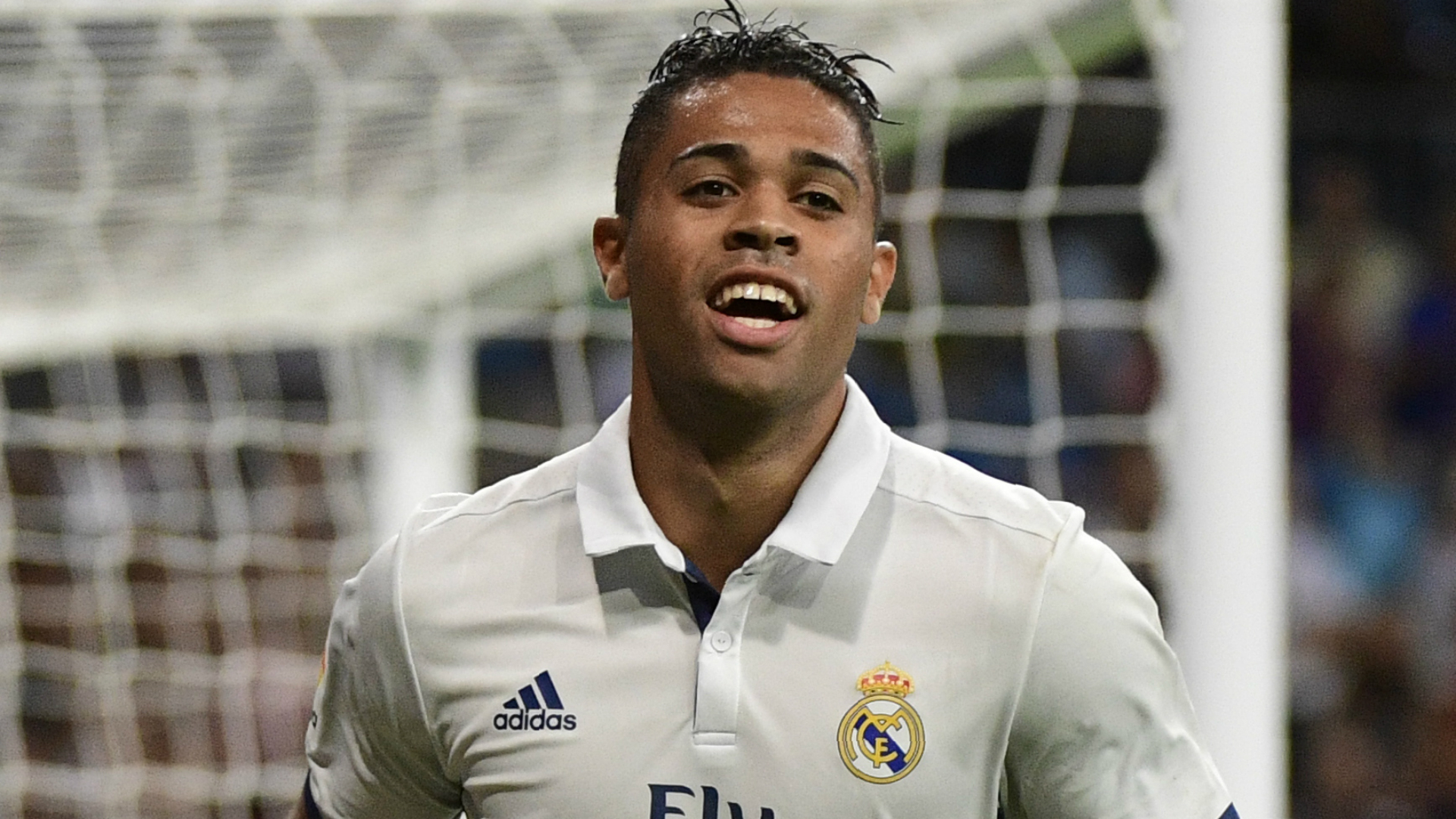 Mariano Diaz is an explosive striker who was promoted to the first team in the summer after impressing with Castilla last season. The 23-year-old was born in Spain to Dominican parents and has already represented the Dominican Repubic at senior level, scoring on his debut against Haiti.

Full of ambition, Mariano has claimed he wants to win the Ballon d’Or and is highly regarded by the club after his prolific spell with the youth team. He made his full Real debut as a substitute against Celta Vigo prior to the international break. 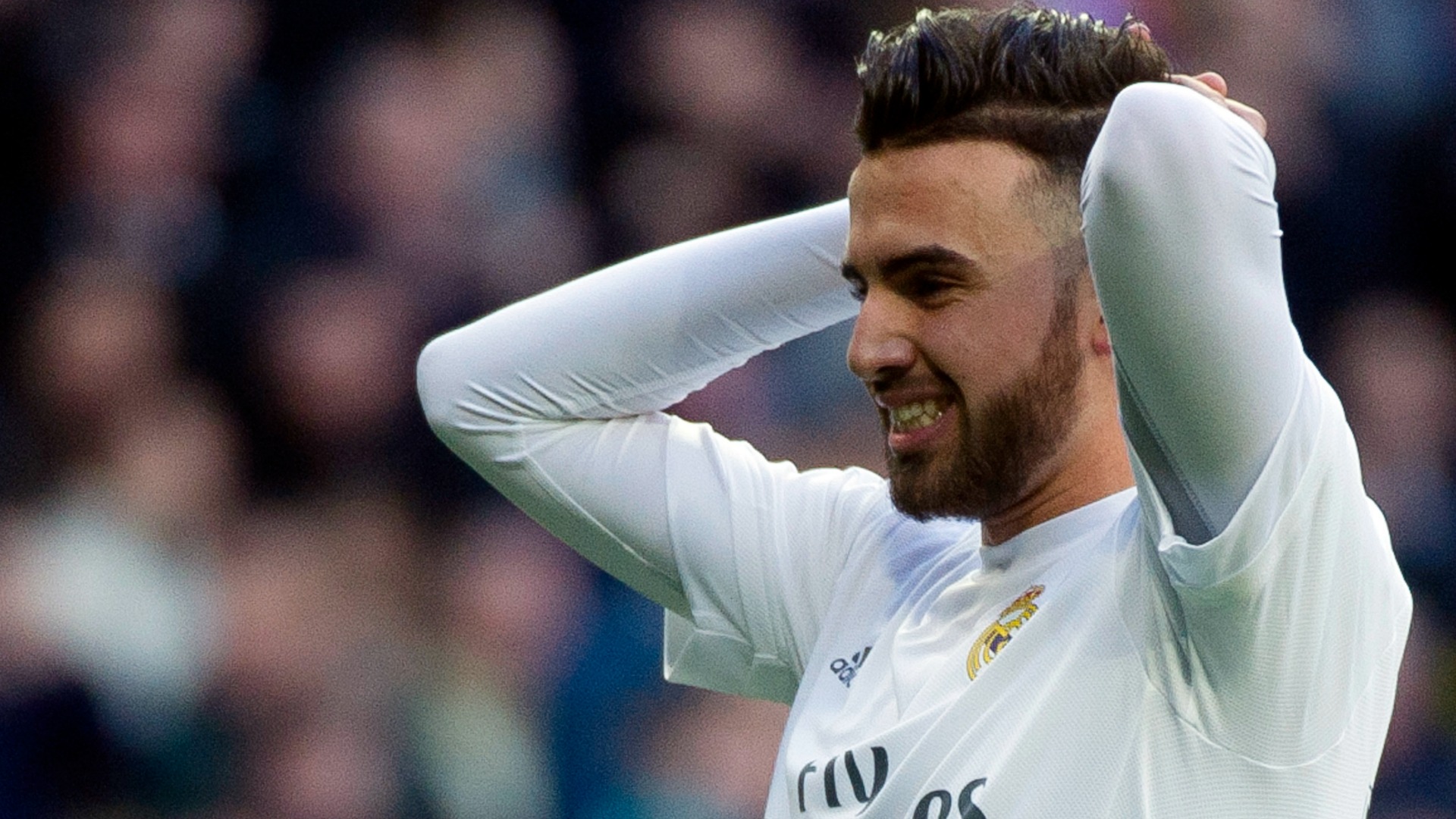 Borja Mayoral featured for Real Madrid’s first team last season in the absence of a player to support Karim Benzema, but he has been sent on loan to Wolfsburg for the current campaign. The 19-year-old, an under-21 international for Spain, made six appearances in total for Zidane’s side in 2015-16 and impressed despite not managing to score in those games.

A skillful striker with a good goals record at youth level who has been compared to Alvaro Morata, he is considered one of the finest players to emerge from the youth system in recent years and a successful spell at Wolfsburg could see him return to Madrid next year and compete for a place. 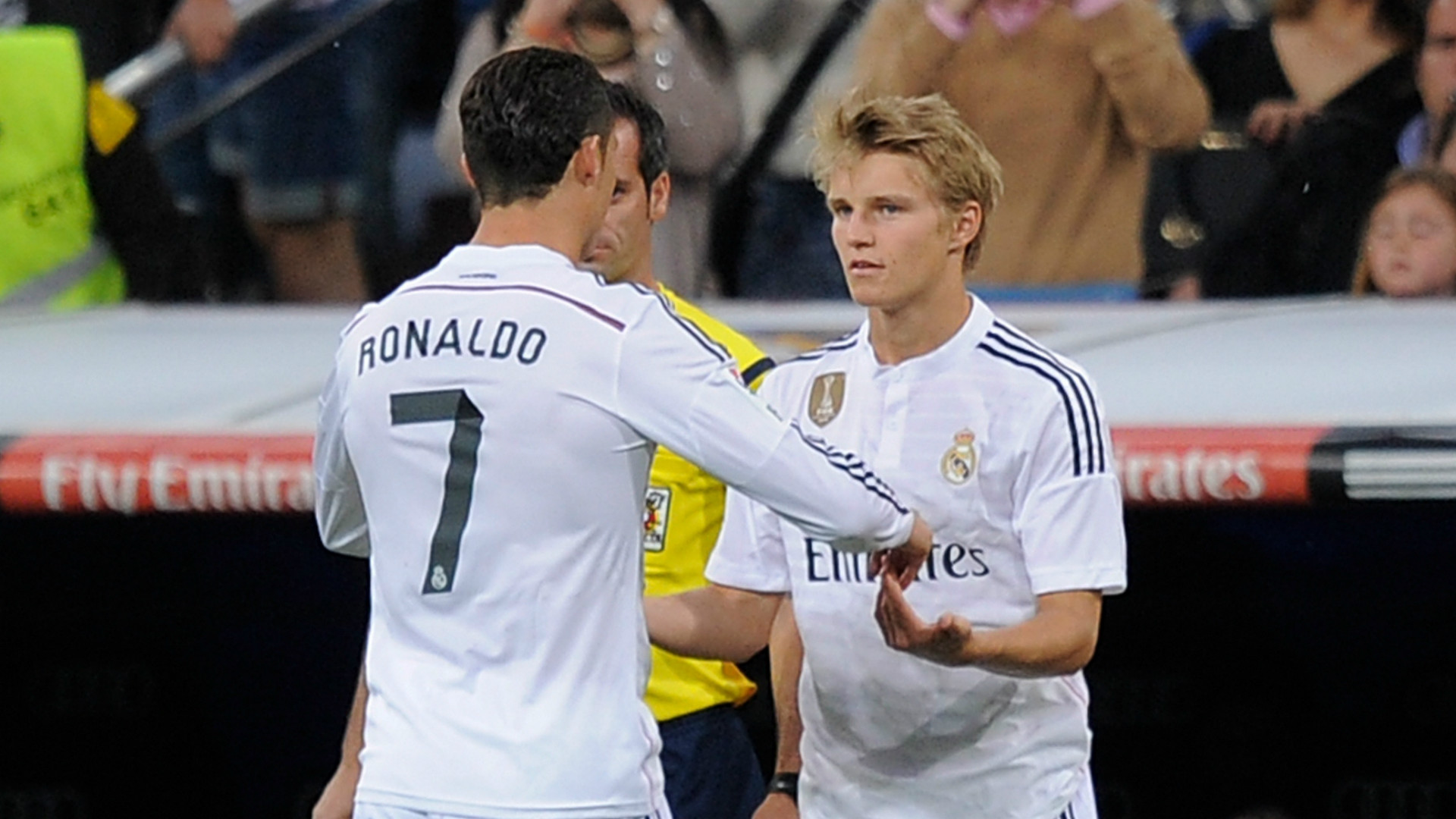 Martin Odegaard was signed by Real Madrid amid much fanfare in January of last year and made his Madrid debut in the last game of that season as he replaced Cristiano Ronaldo at the Santiago Bernabeu in Carlo Ancelotti’s final fixture as coach.

Since then, the talented midfielder has not featured for the first team again, but many forget he is still only 17 years old and still has plenty of time to make the breakthrough at senior level. Unable to move out on loan in the summer because of his age, the Norwegian will now look to knuckle down at Castilla and win an opportunity with the first team and his former coach Zidane. 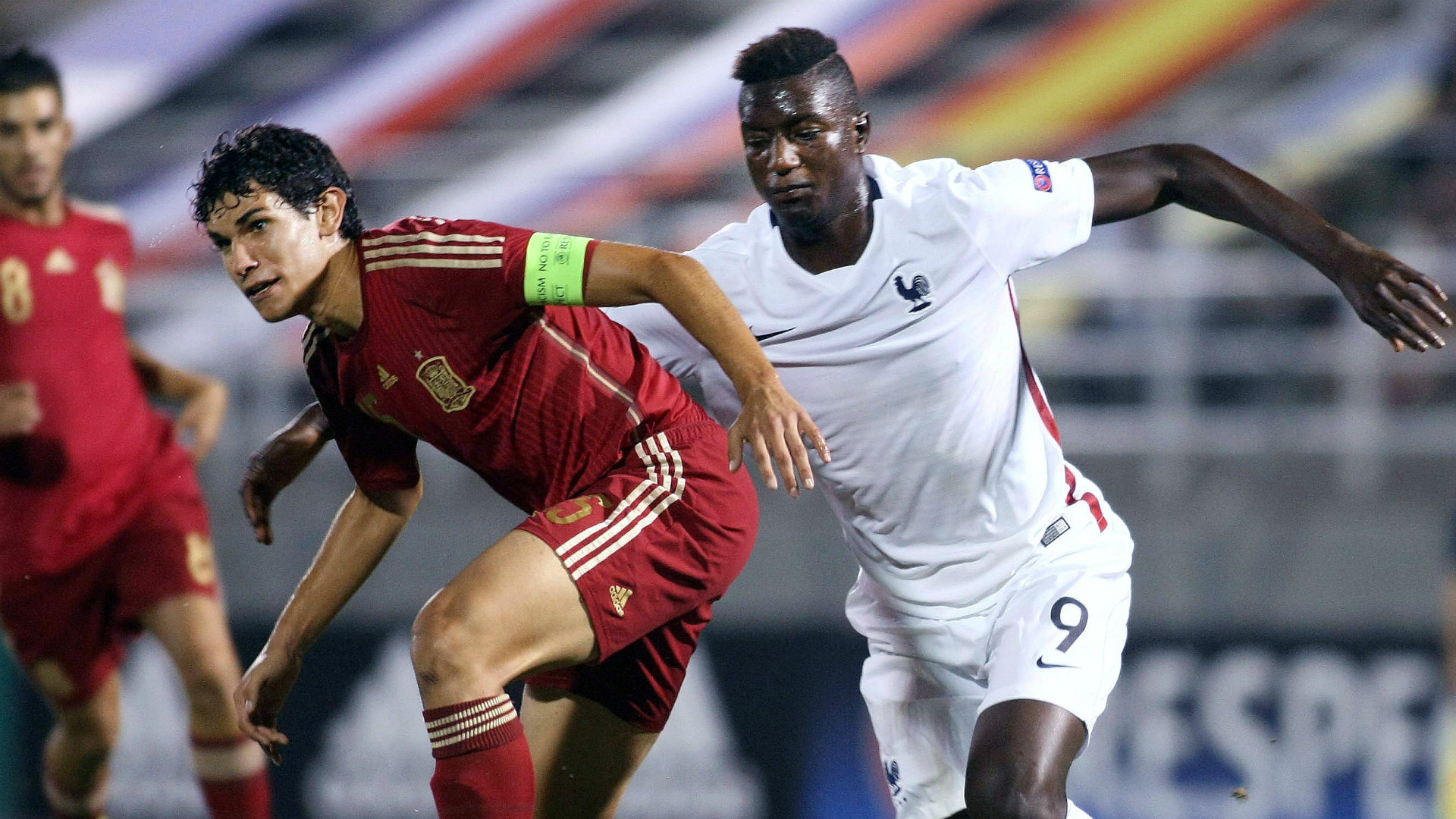 Real Madrid is well stocked when it comes to central defenders, but another player who could emerge in that position next season is Jesus Vallejo. The 19-year-old is currently on loan at Eintracht Frankfurt after a successful spell back at his hometown club Zaragoza in 2015-16.

A tall and strong presence at the back with plenty of personality, the Spanish Under-21 international is highly regarded at Real, who will be watching his progress in the Bundesliga and may decide to keep him around next season after two years out on loan. 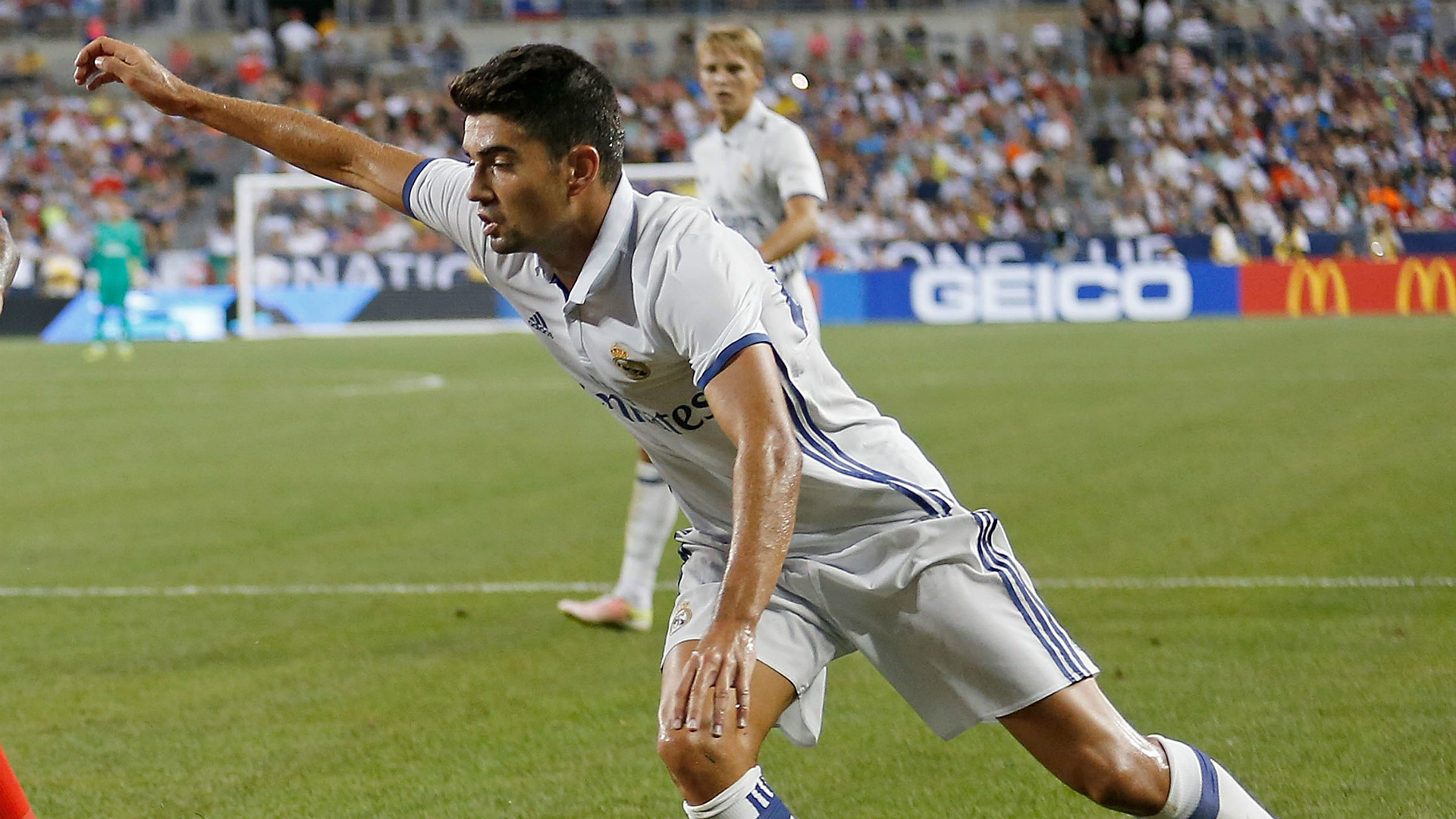 Enzo Zidane has a lot to live up to as he seeks to follow in the footsteps of his famous father at Real Madrid, but the coach’s son is a genuinely exciting talent. The 21-year-old was given the chance to show off his silky skills for Real in pre-season against Paris Saint-Germain and also featured for the senior side in the Bernabeu Trophy versus Stade de Reims last month.

The eldest son of Zizou, Enzo was born in France but has Spanish citizenship and some of his attributes in midfield are reminiscent of his father, who could call upon the player over the next season or two.