The ban comes after several people from the country started online discussions about the game despite of internet usage restrictions. 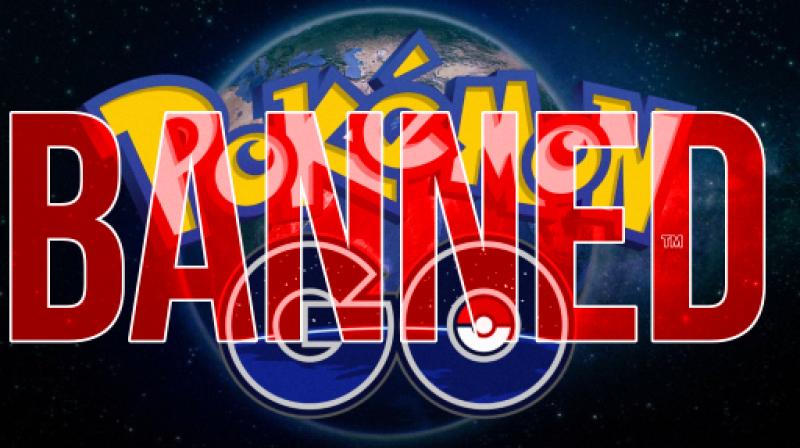 Iranian authorities have taken a huge step as it became the first country to ban augmented reality game Pokemon Go.

Iranian authorities have taken a huge step as it became the first country to ban augmented reality game Pokemon Go on Friday.

According to The BBC, the decision was taken by Iran’s High Council of Virtual Spaces, which is the country’s official body monitoring all online activities.

While governments of other countries have deeply criticised the game for being unsafe, the second largest Middle-Eastern country became the first one to ban the game.

The ban comes after several people from the country started online discussions about the game despite of internet usage restrictions.

Earlier reports also indicated that Iran had asked for assistance for the game’s creators but have been forced to go ahead with the ban after lack of co-operation.

Not only Iran but numerous countries have pointed out the dangerous nature of the game and have asked users to be extremely careful while playing the game.

There have been several counts of death, accidents, and other criminal activities due to players being careless and authorities have condemned the game strongly.

In India, Mumbai recorded its first accident due to the game a few days back. The Mumbai Police strongly reacted pointing out that people should not drive while playing the game.

In another humorous event, Indonesia has strictly ordered police departments in the country to stop playing the game while on duty. On a scarier note, the game had also led to people crossing international borders to catch Pokemon.

However, fans have a different mindset about the game as they felt that the game, though opens up a new dimension, has not been the main reason for the incidents.

Some tech enthusiasts and gaming fans have strongly voiced out against the idea of banning the game and asked for stricter regulations instead.

But this has not stopped several religious entities to deem the game as unsafe and unholy.

Saudi Arabia’s top clerics have renewed a religious edict or Fatwa against playing the augmented reality game. It was first issued in 2001 when the game was played with cards.

Similarly, a Fatwa has also been issued in India by top cleric from Dargah Aala Hazrat in Bareilly, Uttar Pradesh, deeming it unholy.

The Dargah’s cleric Mufti Mohammed Saleem Noori told the media that there’s a high possibility that players may enter a religious shrine while prayers are being performed.